When BioCity Nottingham wanted to promote their Ada Lovelace Day event, they called on the V Formation PR team, to engage the local press and broadcast media.

Around the world, the Ada Lovelace Day aims to create new role models who will encourage more girls to go into STEM – science, technology, engineering and mathematics – careers and support women already working in the industries.

Ada Lovelace was the daughter of Nottinghamshire poet, Lord Byron, and is internationally recognised as the first computer programmer for her revolutionary work on the analytical engine.

In honour of the Ada Lovelace Day, BioCity Nottingham was hosting an event to inspire local school children to consider taking science and maths when they come to choose their GCSE options, longer-term, the opportunities of a career in STEM, and ultimately, to tackle gender stereotypes and encourage young women to see themselves as future computer scientists, mathematicians and researchers.

What did the event involve?

Via a highly interactive programme, BioCity’s event was to tell the school girls about the exciting world of STEM through hands-on activities, a showcase of the work being done by female scientists in universities and businesses in Nottingham, and talks from scientists working in the city. 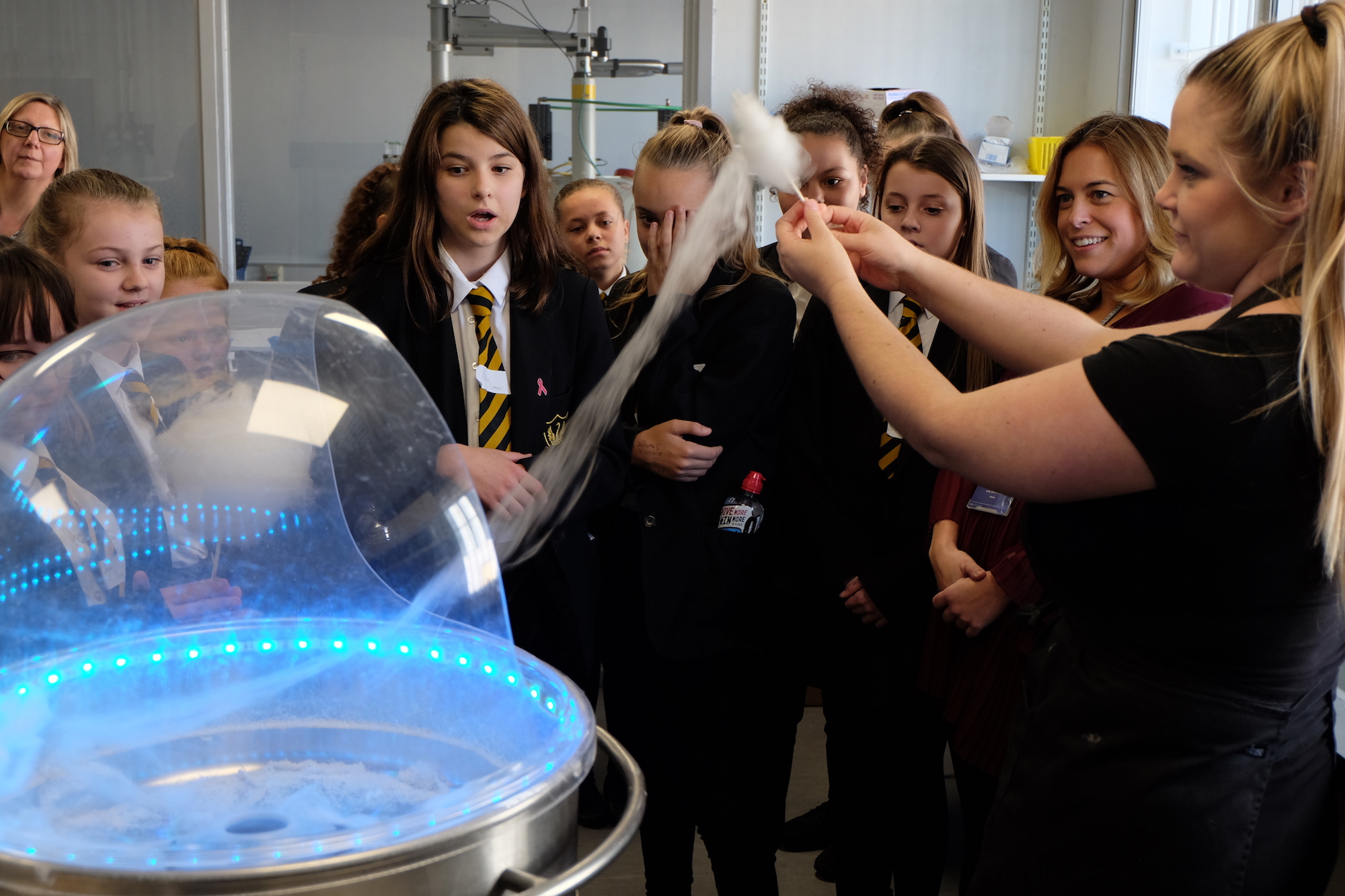 BioCity Nottingham was keen to engage with local TV and press to report on the event, so they could see the students taking part in exercises such as ‘draw a scientist’ and ‘people like me’ that illustrated that people with similar personality traits and skills are successful working in STEM and can be scientists. The session also included a tour of BioCity and a demonstration of the Floss Whizzer – an invention which uses an air vortex to shoot clouds of candyfloss into the air at 60mph, as seen on The One Show and Gadget Man – and presentations from four women working in or studying STEM.

What did V Formation do?

In the run-up to the event, V Formation’s PR team pitched the broadcast media across the region, explaining that, in the STEM industry as a whole, just 23% of the workforce are women, emphasising the importance of BioCity’s event, and its objective to inform and encourage young women to get involved in STEM by demonstrating that it is an accessible, appealing and rewarding career path.

Notts TV saw this as the perfect fit for its network and attended BioCity to film the Ada Lovelace event. V Formation’s PR team was on-site throughout, in particular coordinating Notts TV’s interviews with a number of representatives from the organisations involved – including BioCity’s CEO Glenn Crocker, representatives of some of the businesses taking part in the event, school pupils attending the session, and to support them in capturing footage of the Floss Whizzer in action. 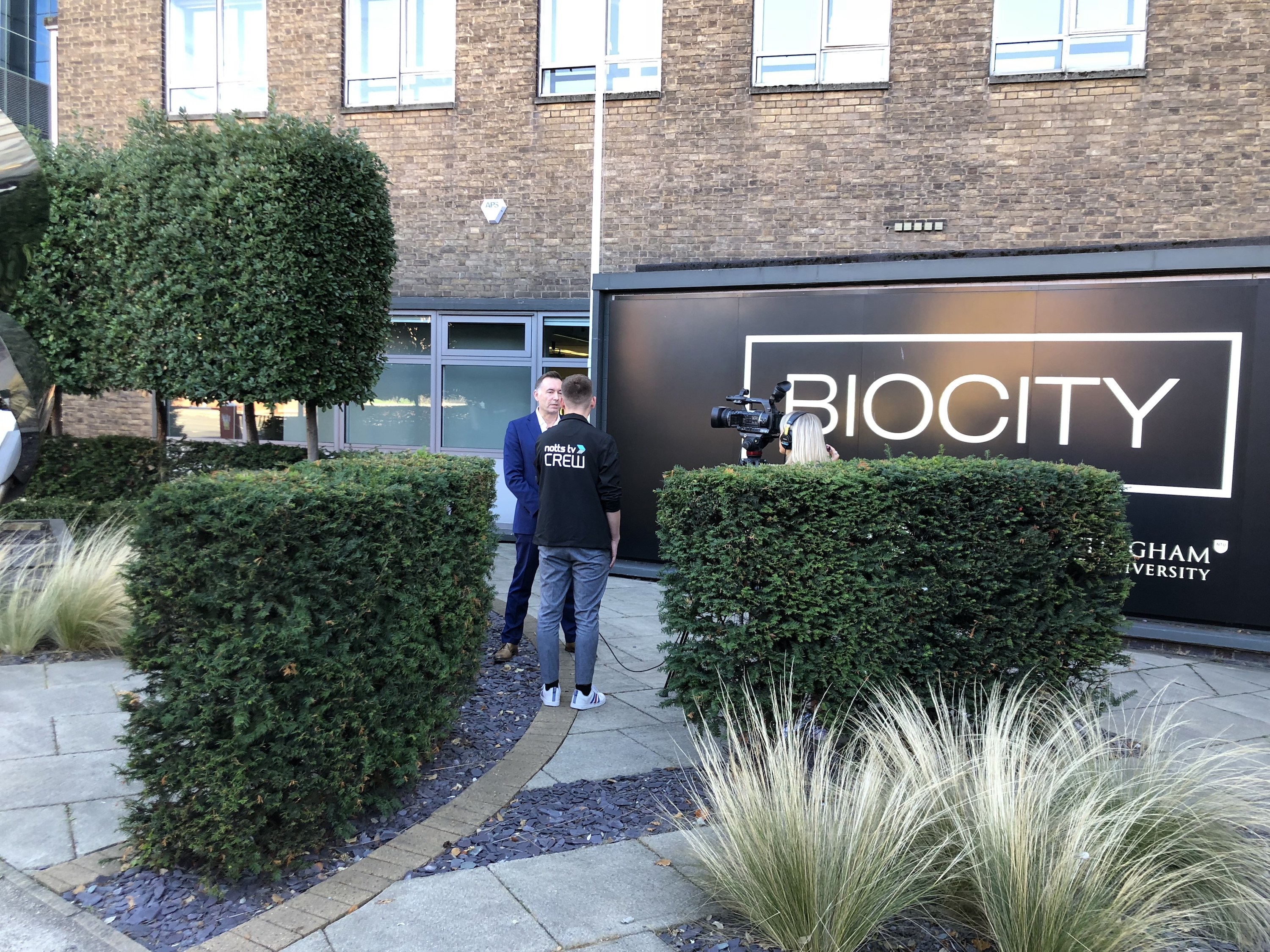 V Formation helped to steer and manage the Notts TV crew members on the day, providing direction on the best visual opportunities such as the Floss Whizzer and group activities.

Alongside, V Formation supported BioCity’s team to identify ideal press shots for the planned press reports, working with its photographer, and also provided interviewees with a media briefing to provide clarity on the main messages for the event, Ada Lovelace, STEM, and career opportunities for girls in STEM.

For advice or assistance with getting your event into the press, contact V Formation’s PR experts on 0115 787 0206 or drop us a line here.