V Formation is thrilled to be providing PR support to team Generation Gap as they take on the 2020 Talisker Whisky Challenge, a 3,000-mile row across the Atlantic from La Gomera in the Canary Islands to Antigua in the Caribbean. Generation Gap is the first ever four-man team including a father and daughter to take part in the Challenge.

When Roger Staniforth, Head of Group Finance at Nova Laboratories, told V Formation that he planned to take part in the 2020 Talisker Whisky Challenge alongside his daughter Brittany Staniforth and her two friends Victoria Mico Egea and Edward Raymont, we knew we wanted to get involved. 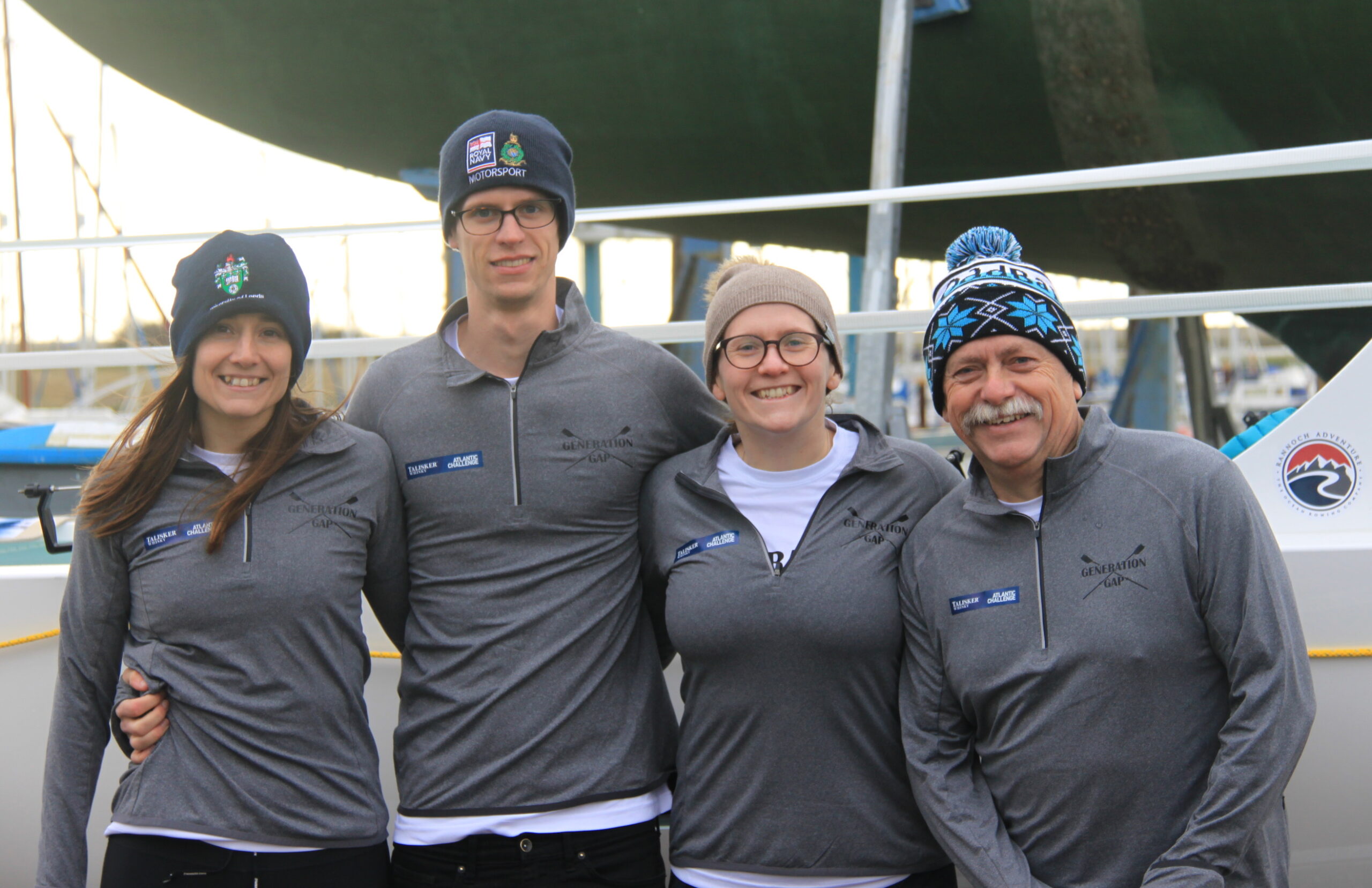 Dubbed ‘the world’s toughest row’, the challenge will see the team of four rowing non-stop for the target 45-day Atlantic crossing. Each member will take it in turns to row for two hours and sleep for two hours for the duration of their journey.

Brought together by their sense of adventure, Generation Gap chose their name in recognition of the 31-year age gap between its oldest and youngest members.

As one of Generation Gap’s official supporters, V Formation is providing PR support to the team in the run up to the big event in return, helping to raise their profile and awareness of the four amazing charities the team is fundraising for, through a year-long PR programme led by liaison with press and media across online, print and broadcast.

The ‘world’s toughest row’ for charity

Generation Gap is taking on the challenge in aid of Rural Assistance Nepal, Women’s Aid, Royal Marines Charity and Mind, with the ultimate goal of raising £100,000 to share between the four charities.

The team hopes that their combined experience of competing in endurance events will help them face the gruelling challenge ahead, during which they will have to consume around 6,000 calories and ten litres of water each day to take on the 1.5 million oar strokes they’re predicted to make over the duration of the race.

They will face 20ft waves – higher than a double decker bus – in their 28.35ft by 5.7ft boat, which has been built to order and is named ‘Mandy’ in honour of Roger’s wife and Brittany’s mum.

The team has a number of exciting events lined up over the coming months, including kickstarting their fundraising efforts with a Charity Launch event, plus a Friends and Family Day at Colwick Marina. The team also plans to attend the Wymeswold Duck Race in May.

You can keep up to date with all of Generation Gap’s activities and training by following them on Instagram: @atlanticgenerationgap and on Facebook: Generation Gap

Generation Gap departs for La Gomera in December 2020. If you are interested in sponsoring or supporting the team, please visit the website here.